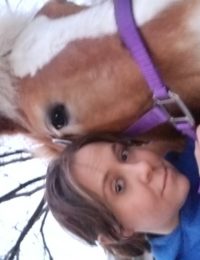 Sarah has lived in southern NH her entire life. She started working in the animal medical field when she was 18 years old. She worked as a kennel technician and it has only continued from there. Originally, a veterinary technician for an emergency clinic she decided she wanted a position closer to home after giving birth to her first son. In her free time, she enjoys spending time at the barn where she spends time with her Halflinger Horse named Fiona. She is a strong believer in treating every pet that walks through the door like they are her own; making sure they get the care and attention they need. Currently at home Sarah has a Great Dane named Apollo and a French Bulldog named Francois.